West Bromwich Albion improved their slender hopes of avoiding relegation from the Premier League as they survived VAR controversy to beat Southampton 3-0 on Monday.

Sam Allardyce’s side saw Mbaye Diagne’s goal questionably ruled out by VAR early in the first half at the Hawthorns.

But they recovered from that blow to sweep into a two-goal lead by half-time thanks to Matheus Pereira’s penalty and a Matt Phillips strike.

Callum Robinson sealed West Brom’s second successive win after the interval as the Baggies built on their stunning 5-2 victory at Chelsea.

The Baggies have scored eight goals in their last two games, two more than they had netted in their previous 11 combined, but their unexpected revival might have come too late to save them from slipping into the Championship.

Southampton’s limp display was the worst possible preparation for next weekend’s FA Cup semi-final against Leicester.

After just four minutes it looked like being a frustrating evening for Albion.

Diagne nodded in from close-range and was flagged offside, with VAR backing the onfield call because television cameras could not get the right angle to conclusively prove the striker was on or offside.

But Pereira was brought down by Saints keeper Fraser Forster in the 32nd minute and the Brazilian picked himself up to dispatch the spot-kick.

Phillips got the second three minutes later when he converted Diagne’s cross at the far post.

Robinson put the result beyond doubt in the 69th minute when he drilled in from Okay Yokuslu’s pass.

Later on Monday, Brighton host Everton as the visitors push for European qualification. 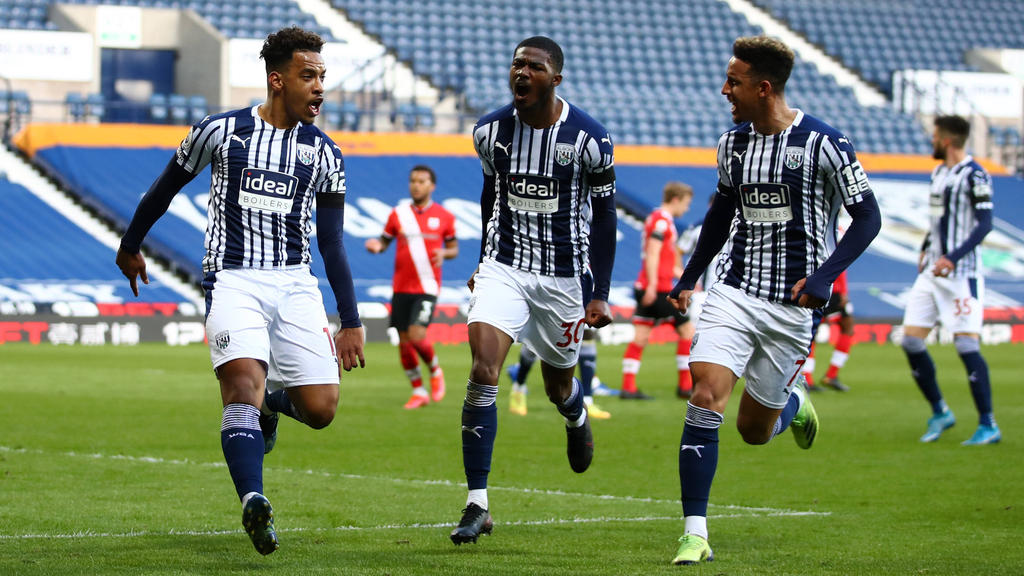